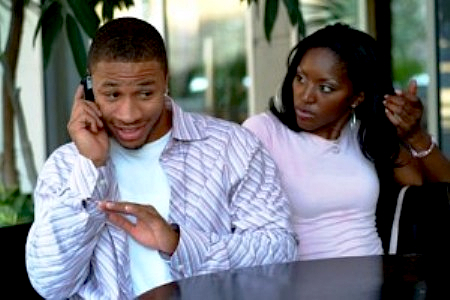 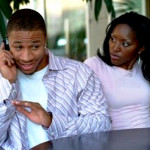 Guys are very simple in the sense that they really do not need a lot to be happy in a relationship, but you must understand if our basic needs are not being fulfilled this will have a huge negative impact on the chemistry in the relationship.

Does it seem like no matter what you do your guy is still not giving you what you need to be happy?

If so, have you ever stopped to consider that maybe his needs are not being fulfilled?

So what am I talking about? Is it sex that I am referring to?

Well not exactly. Sex and intimacy are definitely high priority for guys, but let me explain the other things guys really want in a relationship.

What Do Guys Really Want In A Relationship?

Respect is one of the most important things guys really want in a relationship.

He wants to feel like you trust him to protect you from any harm and or danger and that you can depend on him for anything.

He wants to know that he is your “knight in shining armor”.

Guys do not want to have a pissing contest with you in order to determine who is going to be the leader in the relationship.

He wants you to respect him as the man in the relationship and make him feel like you support him no matter what.

Guys are independent by nature.  They like to go outdoors, workout,  read, or sometimes just do nothing at all.

The truth is, we do not want to spend every single minute of the day with you.

I see this a lot, especially in new relationships.  A new couple will go from dating to spending all of their time together.

At first it is nice because you really enjoy the other person’s company and you are usually having a ton of sex.

The next thing you know you are over at his place every night or popping up out of the blue for an unexpected visit.

Ladies, guys absolutely hate this. You have to make sure you are not smothering him.

Now, you may be thinking to yourself, I know my man does not feel this way about me because I always ask him does he want me to come over and he says yes.

Well ladies, if he said no you would not be very happy and then you would wonder if he was cheating on you or if there was something else going on.

So don’t ask if he wants some alone time or if he wants you to come over, just respect his alone time by periodically giving him space or encouraging him to do something he enjoys doing independently.

Give him time to miss you.  He will really appreciate you for  it.

I am not telling you to be ok with your guy going out with his single friends if he is the only married one in the bunch.

There definitely has to be some boundaries that are set, but guys need to be able to spend time with their guy friends.

Believe it or not we really need for you to have your own set of friends too.

It is very healthy for both partners to spend time with their friends outside of each other.

This one is a no brainer (no pun intended).  Guys love sex and usually want it all the time.

Sex is a very very important part of the relationship.

Not just sex in the sense of you giving it to him because its been a while, but passionate sex.  We want your heart and mind to be in it.

We want you to want it from us just as bad as we want to give it to you.

and by the time they are put down for bed you do not feel like doing anything.

This normally turns in to repeated cycles of him attempting to have sex with you only to be repeatedly rejected.

After a number of rejections, he loses interest, not because he is not attracted to you anymore, but rather because he knows it is going to take an act of Congress to get in your pants.

Ultimately it becomes more exhausting just thinking about it than continuously trying.

Make time to be intimate with your man, even if its just a quickie.

He does not want to have to hide his phone or put security codes on it because you check it every time he is not in the room.

He does not want to have to let you read his emails and Social Media messages because you have insecurities.

I talk to so many guys that tell me they cheat because their significant other constantly accuses them of it no matter what so they might as well get the benefit out of it.

Despite what it may seem, if your guy is happy with you he will not cheat on you.

Do not get me wrong, I am not saying you deserve to be cheated on if he is not happy.

Trust must be earned by both people in the relationship and both people need to be held accountable for their actions.

If your guy seems like he does not want to be around you or he does not seem to be as conversational as he normally is, trying giving him some alone time.

Think about the things he use to do that made him happy when you first met.

Did he have any hobbies? Was he participating in any sports or clubs? Did he go workout or listen to music?

Find ways to encourage him to do some of the things he really enjoys or enjoyed at one point.  Give him some space and time to miss you.

Make sure you are taking care of his needs and he will love you unconditionally.

I hope this article helped you answer what do guys really want in a relationship?

Marriage and Relationship Advice
| Tags: What do guys really want in a relationship