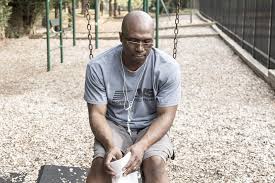 Today’s article is provided to you by guest blogger Rodney Simms. Rodney shares a personal story with us on how erectile dysfunction almost destroyed his marriage and what he did to fix it.

Erectile Dysfunction is a common condition that most men will face at some point in their lives. It occurs when a man is unable to fully acheive or maintain an erection. In my case, this is something I had never faced before. My wife and I have been married over 30 years. On our 30th anniversary we decided to take a trip to the Bahamas to celebrate.

We arrived on a wednesday and everything was absolultey amazing. The weather was perfect, the Resort staff made us feel right at home and my wife was just as gorgeous to me then as she is now. To be completely honest, at this point in our relationship sex was definitely not the driving factor for keeping us together. Sure we had sex every now and again, but now a days it really revolved around special occassions such as birthdays and an anniversary like this one.

Fast forward a couple days on the island and my wife and I were having the time of our lives. It was like we were falling in love all over again. As we lay by the pool one night having a few glasses of wine and enjoying each others company, I noticied my wife had a sly grin on her face. Due to the fact we have been together so long I already knew what that look meant. She was basically asking me if I wanted to have sex later.

Of course I could not disagree and there was really no reason I why I would except for the fact that things had not been working as good as they used to downstairs if you know what I mean. I could still get a hard on, but it was very weak and would barley last more than a few minutes. The problem is, my wife had little to no idea because we rarely had sex.

Later that night we make our way back to the room and my wife turns on some music and starts a strip tease taking off little bits of her clothing one by one. In my mind I was very excited and honestly could not remember the last time I had seen her so excited to get things going, but again my mind and body were not totally in sync.

Before I knew it my wife was going down on me and had my penis fully engulfed in her mouth. She had’nt done this in years and you would of thought I would have been excited enough to get the best erection I had ever gotten, but this was not the case.

After about 10 seconds my wife looked up at me and asked what was wrong. Nothing sweetie, I replied, I can’t wait to get this going. She looked down at my semi erect penis and said are you sure? She continued to try to get the party started, but things just were not working out. Needless to say after a short period of time she came up and laid in the bed beside me.

Tears began to roll out of her eyes. Is it someone else she asked in a sad voice? Hunny never, I replied. Of course the other questions that soon followed were certainly no better. She wanted to know if I was still attracted to her and what she could do to make herself more appealing. This cycle continued for months after we returned from our vacation until finally my wife had enough.

I came home from work one day and she was not there. There was a note on the table that said I can not do it anymore. In addition to thinking I was cheating she just could not live with the fact she thought I was no longer attracted to her. Finally, I had to make a decision, either come clean about having erectile dysfunction or risk losing my wife forever to a lie.

As embarrassing as it was to have to tell her I was suffering from ED, the good news is she was totally understanding. We did some research online and eventually found two programs that really helped. They were all natural solutions too. One was called the ED Reverser and the other was called the Erectile Booster Method.

Long story short, I completed them both and I no longer have to worry about Ed when my wife is ready to go. If you or someone you love is suffering from Ed, I highly recommend you waste no time in getting help, because it will only get worse before it gets better if you do not do anything about it. I will leave the website links below this article. Thank you for allowing me to share my story with you.