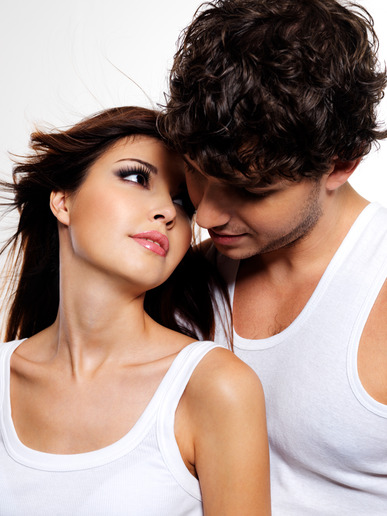 How do you detect signs your ex wants you back? Well, it won’t be easy.

Some signs will be vague, while others will be quite easy to detect.

Broken relationships tend to make most people cautious when it comes to approaching their ex, which is why these signs tend to be subtle and difficult to detect.

So if you want to know how your ex is feeling about your relationship then here are several signs your ex wants you back.

What are the Signs Your Ex Wants You Back?

1. They Are Still Willing to Communicate With You

Communication is among the most important signs your ex wants you back.

The fact that they are still trying to keep in touch basically means that they still feel some degree of attachment to you.

It also means that they are still comfortable speaking with you and talking about the past, regardless of how uncomfortable or uneasy it makes them feel.

Furthermore, ex-girlfriends or boyfriends who keep in touch also prove that the relationship is stil salvageable, since it indicates the absence of hostility.

Sure, they might have a few grudges, but the fact that they are willing to talk to you in a constructive manner proves that you can convince them to patch up your relationship eventually.

2. They Want You to Admit It’s Your Mistake

Sometimes, relationships end because of an unwillingness to compromise.

When this happens, the relationship ended, not out of a lack of intimacy but, out of hostile emotions.

So when your ex wants you to admit some of the responsibility for the breakup, it usually means that they want to open a dialogue that could potentially lead to reconciliation.

In any case, people who want these sorts of admissions still have strong feelings about their previous relationships and can be considered a sign that they are willing to give reconciliation a try.

3. They Are Trying to Make You Jealous

Do you get the feeling that your ex is trying to flaunt their latest relationship?

If so, then they may be trying to make you jealous. This is one of the oldest tricks in the breakup book, and it’s usually an attempt to provoke a reaction from you.

So if this should happen to you, try not to get too excited.

Instead, just to talk to your ex in a calm and civilized manner, and ask them a few things about their latest relationship.

If their latest relationship was very recent then it’s very likely that they’re only trying to make you jealous.

The value behind a jealous response is that it allows your ex to get the upper hand, so that when you do try to patch things up with them, they’ll have every advantage over you.

Basically, the idea is that a jealous person is also a needy person, and most ex girlfriends and boyfriends want to prove to themselves that their exes can’t live without them. It’s a form of emotional self-flattery.

Of course, there’s always the off chance that your ex is only trying to spite you, but if this were the case, then they would only do it once.

So if your ex seems to enjoy flaunting their new found relationships over and over again, this is a good indication that they are still into you.

4. They Still Interact With You On Social Media

The internet can also offer signs your ex wants you back. Does your ex still “Like” your posts on Facebook? Are they still following you on Twitter?

Are they still part of your network on Google Plus?

Do they still respond to your posts? If they are then this is another good sign that they are still willing to take you back.

Social media is a powerful tool for maintaining relationships, and people who refuse to sever their ties with their ex girlfriends and boyfriends online still have very strong feelings for them.

So if you’re looking for signs your ex wants you back, then visit Facebook and see what your ex is up to.

5. You Often Bump Into Them

Another one of the most common signs your ex wants that you back is if you keep bumping on to them. In most cases, these “accidental” encounters are carefully planned and calculated to get a desired response from you.

Yes, this can get a little creepy at times, but it’s also a good way of initiating conversation without too much risk. Bumping into your ex often leads to spontaneous conversation, and is a good way of maintaining cordial relations.

6. They Often Speak With Your Friends and Colleagues

Finally, one other sign that proves that your ex still has feelings for is when they often ask mutual friends and acquaintances about how you are doing, and whether or not you’re seeing anyone new.

There are several good reasons why this is a good sign. First of all, people who often talk to the friends and colleagues of their exes are doing so in order to keep track of what they’re doing.

If this is the case then it goes without saying that they still care about you.

The second reason is that talking to your friends and colleagues is one way of maintaining the relationship without direct action. Basically, by being good friends with your friends, your ex is maintaining, at least in their mind, their connection with you.

The third reason is that your friends and associates can be recruited by your ex to act as mediators between you and your ex.

They can, for example, relay messages, offer advice or simply help solve some of the problems between you and your ex.

So if you observe your ex talking with a lot of your friends then they definitely want you back.

There are all kinds of signs your ex wants you back, but do not ask because they certainly wont admit it. Some of these are clear and easy to detect, while others are a little vague.

Either way, you’ll need to act respond quickly to these signs whenever they appear if you ever want to get your ex back.