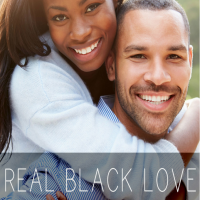 You would think that when single black men go online to use a black dating app or site that they are looking for one thing and one thing only. However, it turns out that most such men aren’t looking for sex. According to a new independent survey conducted online by Real Black Love, 75 percent of single black men ages 27 – 50* who are open to dating online have the intention of finding a serious relationship.

The poll, which surveyed over 500 single black men between the ages of 27 and 50 with an annual household income of $40,000 or more, an associate’s degree or higher and an interest in women, revealed that, of those who have dated or are open to dating online, 55 percent list looking for a potential marriage partner as a relationship objective of online dating. 59 percent of men list seeking companionship, while only 34 percent list using online black dating sites or apps looking purely for sex.

Furthermore, the study reveals that the majority of men ages 27 – 50* can be romantics willing to make an effort for a big payoff: the Real Black Love survey revealed that 81 percent of these single black men are open to dating a woman outside their city and half would definitely or probably travel to see a woman from another state that they met online and with whom they had a connection.

We want to ensure black singles have the highest opportunity for success as we host the most relationship-focused single black men and women nationally. We are proud that we offer the best black dating experience online and host thousands of black singles ready for black love.

Are you ready for real black love? Take the first step by joining the best black dating site and app for single black men and women online.