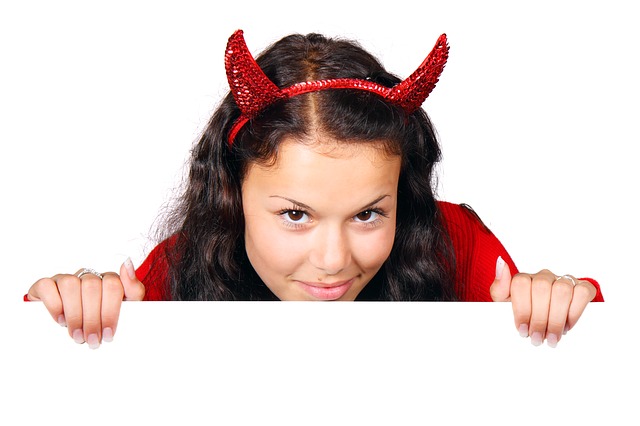 When a man is interested in a woman, it’s easy for him to ignore her underlying negative traits, which are even harder to spot if the woman is very attractive. However, there is no point to being in a commitment which turns out to be nothing but a headache. So in spite of how beautiful a girl is, you should try and take a closer look at her, for her true character will eventually surface. Today we will be discussing a few red flags every guy should look out for when looking for a girlfriend.

She Has A Sense of Entitlement
Any girl who feels automatically entitled to all your time and attention is definitely not girlfriend material. It could be that she is so used to being spoiled by her family and/or previous boyfriends. In turn, she expects you to treat her like your one and only priority, even if she doesn’t return the favor. Being in a relationship with an entitled girl will drain your energy. Just don’t do it.

She is Too Clingy
Another clear indicator she is not girlfriend material is if she is extremely clingy. No matter what you do, she is constantly in your personal space. She has practically already moved her stuff into your apartment and you have only been dating her for a few weeks. You can’t go piss without her waiting by the door to hear the toilet flush. This type of girl also has a tendency to get really jealous when she sees you talking to other girls and could even go to the extent of questioning you and tracking your movements. This is unhealthy for any relationship. A woman who really cares about you will respect your time and will allow you to have a life outside your relationship.

She is Irresponsible
She is never on time and you can’t trust a word that comes out of her mouth. Her priories are centered around looking good and smelling even better. She pays her bills when its convenient and things nothing of it when electric company threatens to shut her lights off. No matter how pretty she is, this is a recepie for disaster. Get away from her as fast as you can.

She Only Has Guy Friends
Ever met a girl who only has male friends? And she gives the excuse that she just can’t seem to get along with other girls? It’s understandable for a girl to want to avoid the drama that comes with having many female friends- but any woman who is incapable of interacting with other women must have some type of problem. Maybe she is intimidated by women who have different opinions. Or she just enjoys the attention that comes with being the only girl in a group of guys. Either way, no man is comfortable with having a girlfriend who is constantly orbited by other men.

She is Not Over Her Ex
If she’s still into her ex, she isn’t girlfriend material. You can’t compete for a girl’s attention if she is attached to someone else. It may be tempting to stay and convince her to forget about him, but the most you will be is her emotional crutch. Whether she decides to let him go or back to him, she will forget about you as soon as she makes up her mind.

When you decide to look for a girlfriend, you should prepare yourself for a number of disappointing prospects. Experience may be the best teacher, but it’s better to walk away and spare yourself the inevitable heartbreak that follows incompatibility. Know the signs to look for and avoid her if she fits any of the qualities described above.

Ads, Dating Advice
| Tags: 6 Signs She is not girlfriend material