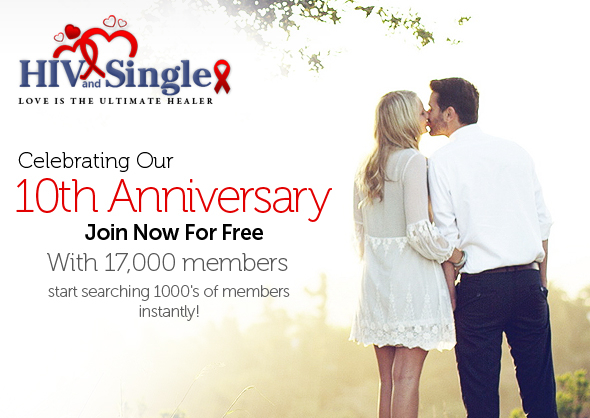 Usually when people find out they have contracted HIV, they immediately think life as they knew it is officially over. No way would anyone ever want to love them, let alone date them again. While this thought process is natural in the beginning, it could not be farther from the truth.  Sure, it may take some time for you to be comfortable enough to try dating again, but there is life after HIV. Today’s article is an inspirational story on how to take control of your life and get back out there in the dating pool after contracting HIV.

A close friend of mine found out he had contracted HIV from sharing needles with a stranger at a rock concert back in the 70’s. I remember it like it was yesterday. I had never seen anyone appear to be so sad. It was literally like watching someone walk under a never ending rain cloud. It was so depressing and honestly it did not appear he would bounce back from it.  Fast forward a few years later, he is married to a non HIV positive woman and he couldn’t be happier. So what exactly did he do to make things better? I sat down with him and asked him to tell me what he did so I could share it with my readers. Here is a summary of what he told me.

True, once I found out I had HIV, I was literally about to give up on life and commit suicide. I remember falling to my knees weeping and asking God to make things better. All of a sudden I felt a cold chill run down my spine. I was sweating uncontrollably and my hands couldn’t stop shaking. It was like God had come down from the heavens and touched me. From that day forward I vowed to embrace life and appreciate every day like it was my last.

I decided to start trying to date again, but instead of jumping out there looking for a one night stand like I normally would, I wanted to take a different approach this time.  Instead I focused on building a solid connection with the woman before considering any intimacy. I literally pretended I was in grade school and courted women like I didn’t know anything about sex. I was simply focused on being a gentleman. I wanted her to feel special and know I was genuinely interested in knowing and caring about her for who she was inside. I opened car doors, pulled out chairs, offered my coat when it was chilly, you name it, I did it. Doing these things opened up her heart and allowed her to get to know me and accept for who I was instead of judging me right off that bat once I told her I was HIV positive.

Now, I must be honest here. Sometimes the women I dated were furious with me because they felt like I mislead them from the beginning, but I was always honest upfront about my HIV status well before any kissing or intimacy ever took place. Once I was comfortable enough to tell them about my HIV I would also inform them I understood if they did not want to see me anymore and I respected their decision either way.

I went through a lot of rejection and periods of unhappiness throughout this process until I finally found a woman that loved me for me. She did not care about my HIV status. She took the time to ask questions, learn and take precautions to make sure she did not contract it as well.  I couldn’t be happier with life and I want you to know you can have the same thing too. All you have to do is believe and try!

So what now? Where do you start? Where can you go to meet people if you are HIV positive? Well, I met my wife on a HIV Dating Site called HIV and Single. The best part about this site is there are a decent amount of NON HIV positive people that actually are into HIV Dating. A lot of women join the site looking friendship, dating, and more. It is free and easy to join, I highly recommend it.

Thanks for taking time to read my story and I hope it inspired you!