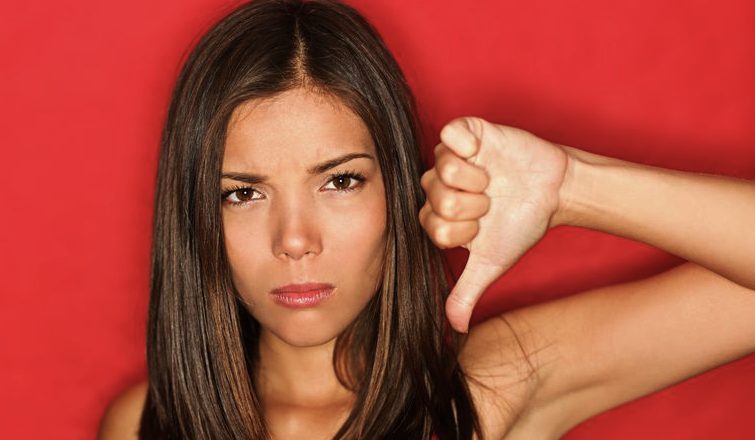 A lot of the times, when a man has no clue on how to attract a woman, he will get upset and angry, particularly if she appears rude, cold or indifferent to his approach. In your mind, you will be thinking, “ what a cold woman. However, the same woman will melt like butter when in the company of another man. A guy who is not any better than you.

Well, he may be better off in terms of finance and looks, but what you don’t know is that you were born with the natural ability to attract women. So long as you are THE MAN, you will get more phone numbers, more dates and if its sex you want, you’ll get it too. Here are the top 6 reasons she will say no.

Reason Number 1 -You are not confident. Women can smell confidence on a man as soon as he enters the room. It is in his demeanor, the way he dresses, walks and talks. It is the number one reason why she will say no if you lack it.

Reason Number 2 -You are not dominant. The thing about women is that you must be dominant all the time. Dominance is different from controlling; it means that no woman has power or influence over you whatsoever. She will certainly say no if you are the kind of guy who kisses up to her or acts needy in any way.

Reason Number 3 -You are a nice guy. This may seem ironic, but women are generally turned off by nice guys. They see niceness as a sign of inferiority. Women strongly desires guys with an epitome of masculinity. You will be lucky to hack a date with her, if you act like a nice guy. It is a sign of weakness. Whenever, you act nice, you are subtly telling her that you have no power. A woman cannot be attracted to a man who shows any sort weakness.

Reason Number 4 -You are kissing up to her. Kissing up to women is an attraction killer. You do not have to give her a million compliments to get her to like you. Seeking her approval can be your worst enemy. It is not original and she will cut you off faster than you think. So, always show her that you are in control and not under her thumb.

Reason Number 5 -You are not the Man. A woman will quickly lose interest in you if at all you are not THE MAN. The man is masculine, confident, has a great sense of humor. Furthermore, he is in control and does not kiss up to women or give in to their demands. A woman can instinctively sense when a guy is not acting like a man. Unconsciously, women assess men and create feelings of either attraction, revulsion or indifference. So, if she detects the slightest incongruities in your attire, she will likely turn you down. After all, women want a MAN; they are looking to go out or sleep with a man with fortitude.

Reason Number 6 -You are not emotionally strong. Generally, emotional strength is a great indication of power. A man who is able to control his emotions is the ultimate champ. Women desire to be with men who are strong and dominant. Furthermore, they find such a man extremely irresistible since he is not emotionally messed up. They strongly desire a man who has shunned his fears and is in control of his emotions. Thus, if you are not in control of your emotions she will find you unsexy and consequently lose her interest in you. Undeniably, she will say no if you are emotionally wrecked.

To be successful in being the man, you need to be completely in line with your actions, words and thoughts. Even the nonverbal cues that you exhibit must communicate you are the real deal. If not, you will be conveying mixed signals to her. Women will always turn you down every time they sense you are not a real man. After all, she is looking for a man who is worth her value and time.

If you like what you having a tough time coping with a break up from your spouse or accepting being turned down by someone you really like, consider talking to Senior Soulmates & Marriage Counseling. They can really help!